"As I tied my safety belt, one of the crew handed me a newspaper to distract me from my worries. On the front page I read "Twenty three killed in Indian Himalaya Air Crash""
Dervla Murphy, on flying with her bike from Rawalpindi in 1964

When I first started out adventure cycling I was suprised how easy it was to take your bike with you on a plane. It's gradually getting more difficult and more expensive, but it's stll pretty straight forward. 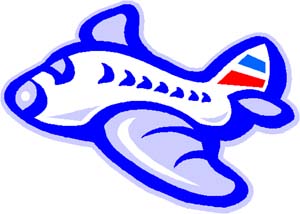 Airline policies on the carriage of bikes vary widely and they can make a big difference to the price of your ticket So, the most important bit of advice is:

Always check the airline's policy on bikes before you book your ticket.

It's also a good idea to get written confirmation of the policy and take it with you to check-in.

Examples of policies currently in force include: The Travel with Bicycles website makes a valiant effort to keep track of the various policies in force and record cyclists experiences. Don't be put off by the horror stories.

Again, airline requirements for packing bikes vary, so check before you buy the ticket. The main options are:

This is my preferred option if I can get away with it. All I do is: The advantages of this method are that the baggage handlers can see it's a bike, so there's a chance they'll handle it with a bit more care and not pile stuff on top of it and they can also wheel it around easily. Also you don't have the hassle of chasing around after packaging material and it's easier to get the bike to the airport than if it is packaged. The downside is that you may well end with some scratches on the paint work. So far, touch wood, I haven't experienced any damage using this approach. For added protection against damage you can take the derailleur off and tie-wrap it to the cross bar and put pipe lagging on the tubes.

Increasingly, airlines are asking that as a minimum, your bike is wrapped in a polythene bag or equivalent to stop it mucking up other people's luggage. If this is the case, your options are:

Some airlines insist you pack the bike in a cardboard box. A few, e.g. KLM, will even sell you a box for about Ł10 when you check in. Otherwise, you should be able to pick up a box for free from your local bike shop - they just throw them out after they have received bikes. While you are there, it's worth asking for a spacer to go across the front fork drop outs when you remove the front wheel to get the bike in the box. Without one of these there's the risk the forks will get bent if something heavy is placed on the box. (NB it's easy to make a spacer with some 8mm threaded bar and a couple of nuts or you could use your spare axle if you are taking one). You'll need lots of parcel tape to seal the box. Then you've got the fun and games of getting the box to the airport.

Carrying the rest of your gear

These days you are likely to be limited to one checked bag, one carry-on bag and your bike. So how do you fit in all your stuff?

When we are travelling as a couple, Rowena and I take one rear pannier each as hand luggage. Into these we stuff the heaviest items that security will allow on the plane*, e.g. tent fly sheet and inner, food, clothes, etc. We then have two cheap and nasty holdalls that we pack with the rest of the loose gear. The hold alls are flimsy enough and light enough to stick in the bottom of a pannier until we need them for the return trip. So when we turn up at the check in we each have one bike, one large holdall, one rear pannier and one bar bag. So far we've had no problems taking the rear panniers and bar bags as hand luggage.
(*Don't even think of trying to carry stuff like tools, spares, tent pegs and cooking gear as carry on to reduce your checked weight - I tried this at Istanbul once and it ended in a very "Midnight Express" moment with irate security staff.)

Other strategies that I have heard of include packing as much as possible into the bike box so you just need to check a single pannier (a bit risky because bike boxes do get ripped open), tie-wrapping two rear panniers together for the checked luggage and buying a really strong sack for everything that isn't hand luggage.

Get your self to the airport in plenty of time and expect a load of hassle getting the bikes through security and check-in (then mostly you'll be pleasently suprised). There's a 50:50 chance the check in staff won't have a clue what the airline's policy on bikes is (particularly true when returning from a developing country). This is when it is useful to have written confirmation of what you were told when booked you ticket.

Oh, and when you finally arrive at your destination, don't bother rushing to the baggage reclaim, you can almost guarantee your bikes will be the very last things to appear.